Earlier this week on my Facebook page I started posting a ‘Featured Book of the Day’. Just one book every day. A simple daily recommendation, an offering of something new or different to give a try.

Some will be books that are on sale and seem interesting.

Some will be popular or new books in favored genres.

Some will be books that I’m dying to get my hands on and simply can’t help but share with you!

No matter what they are I hope I’ll find something that people will enjoy if they simply take a chance.

At the end of the week I’ll review the week’s ‘Featured Books’ on the blog with all the books and their info in one place.

So that’s it…. Here’s to finding something new and (hopefully) amazing to read!! 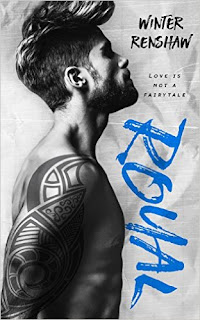 About the book:
His name is Royal, but he’s no prince charming. He’s not even a prince - though you could say I loved him once upon a time.

He was my older brother’s best friend.

Growing up, he sat at our dinner table every Sunday, teased me mercilessly, and pretended I annoyed him.

When I was old enough, he took me on my first date.
Royal taught me how to drive. Escorted me to my junior prom. Gave me my first kiss…amongst other things. He was my first taste of toe-curling, all-consuming, can’t-sleep love.

We had our whole lives ahead of us. There was never anyone else for me but him.

And then he disappeared. No letter. No explanation. Not even a goodbye.

My sisters and brother never forgave him, and my parents forbade me from speaking his name in our house ever again. For all intents and purposes, we were to pretend Royal Lockhart never existed.

I’ve spent the last seven years trying in vain to forget my first love, but just when I think I’ve finally moved on, guess who’s back in town?

Get your copy of ROYAL on Amazon for just $0.99 right now! 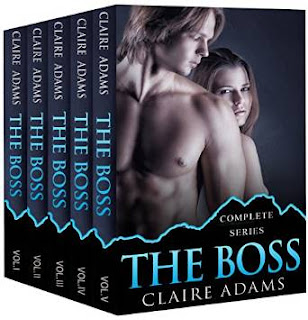 What’s it about?
My name is Aria and I'm just a normal girl. I go to college and work as a bank teller. My only problem is that my mother has racked up sixty thousand dollars worth of medical bills. She doesn't have a job so any extra money I make goes to her bills. When my boss, Zayden, gives me a proposition that if I agree to be his girlfriend for six months then he'll give me the money for my mom's bills I can't turn him down. The only problem is that he wants me to be more than just his girlfriend. Will I be able to stop his seduction?

This box set is currently on sale for $1.30 right now on Amazon! Get your copy today!! 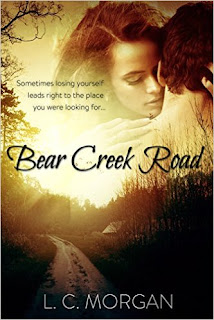 Sometimes losing yourself leads right to the place you were looking for ...

Secluded and quiet was exactly what Laney Walker was looking for when she decided to pack up and move across the country. It was what she wanted, what she thought she needed—until she met Joe Boone.

Contracted to replace the plumbing along the property, Joe was first to arrive and last to leave. And to Laney's surprising disappointment, he never had much to say.

But the more Joe came around, the more Laney learned about him and soon found the man was as flawed as the house he was fixing.

A fact that only seemed to draw her closer to him.

Get your copy of BEAR CREEK ROAD today from Amazon!
Posted by LD Ferris at 1:11 PM