This October, seeing as how it’s the month of ghouls, goblins, witches, vampires and all things scary and out of the ordinary, I decided that I’d focus my reading on stories of fantasy, sci-fi and, of course, the paranormal.  And so the first half of October saw me reading some old favorites – catching up with old friends – and finding some truly wonderful new material.  So take a look at my list and tell me what you think! 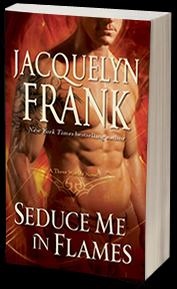 The Three Worlds novels by Jacquelyn Frank (both titles listed above) are amazing stories.  Like her Nightwalkers, Shadowdwellers, and Gatherers series, these stories feature strong alpha-type hero’s and women with the power, beauty and confidence to perfectly match them.  Her stories are always worth the cost, time and effort to read and for those of you who decide to pick up one of her books, no matter what the title or series that it comes from, you will not be disappointed. 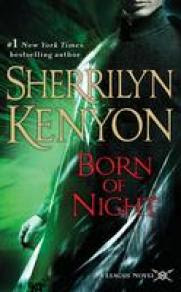 It’s a very rare day that I pick up a Sherrilyn Kenyon novel and not like the story.  The League series, of which all the aforementioned SK titles belong to, is one that I particularly enjoy because it’s completely different from the other stories that she’s written, (at least so far as I’ve read thus far!) and yet they still manages to capture a reader’s attention and interest almost immediately.  Unlike her Dark-Hunters, Dream-Hunters, Chronicles of Nick, Brotherhood of the Sword, and Lords of Avalon series, The League is completely fantasy based with no ‘Earth’ link, which is something that I don’t often find in the genre’s that I read but that I always seem to like just for the awesome alternatives that it offers.  The next book in this series is Born of Silence, featuring ‘Darling Cruel’ the beloved and quirky character that we’ve seen in almost every other League story, and is slated to come out in April 2012.

The other two books listed – by Gena Showalter and Jill Monroe – are the first two books in the Royal House of Shadows series being published by Harlequin this fall.  Books three and four, by Jessica Andersen and Nalini Singh respectively, will be available in November (#3) and December (#4) and like the first two are highly anticipated by readers, fans and critics alike.  Based on the first two books I would say that the series, when complete, is going to be a very cool accomplishment and set of works by some of paranormal romances best authors.  (A full review of these books and the series will come in December, once all the books have been released… and read by Moi!)

Check out this video trailer for the entire series – originally from the Paranormal Romance Blog’s source page for this series… I promise, it is awesome as it looks!

I read a lot of horror and paranormal novels, and always looking for something new, so will be checking out these authors. Good Reads are doing a horror event for the coming month so I'm digging up all my old Lovecraft's :)

Thanks for stopping by my blog. I’m also following the WW Blog Hop hosted by 'The World of My Imagination.'