What's Inside 'Since Drew'? - EXCERPT

Sneak a peek inside Since Drew by J. Nathan in this excerpt from the novel... 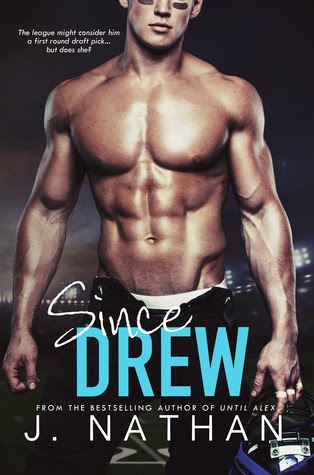 He approached the chair beside my bed and dropped down into it, keeping his eyes trained on mine.

A devious smirk tipped his lips as he placed the bag on the floor and lowered my tray table in the space between us. He reached inside the crinkly bag, letting his hand linger. I’d give him props. He definitely knew how to pique my curiosity. His hand slid out grasping a shot glass. His eyes stayed on mine as he placed it on the empty tray table in front of him. Then he reached back in and pulled out a second glass.

A slow sexy smile skated across his lips as he slid the glass across the table in front of me. But he wasn’t done. He reached back in the bag and pulled out a full bottle of vodka.
“Seriously?” I laughed.
He nodded. “You scared?”

“Scared I’m gonna drink you under the table.”

He threw back his head and let loose a shoulder shaking laugh. So carefree. So comfortable. So unbelievably breathtaking.
But once it continued much longer than necessary, I crossed my arms over the UNC printed on my powder-blue T-shirt. “Are we playing a game or just trying to get sloppy drunk?”
His laughter subsided as he dug into his pocket and pulled out a quarter, holding it up so the fluorescent lights in my room reflected off it.
“So, we’re wagering?”
He nodded. “And with the pain meds getting the liquor to your head quicker, you being drunk off your ass is just an added bonus.”
I swallowed down. Hard.

“Now if I win…” He twisted his lips like he really needed to consider the stakes. “I get to give you a sponge bath.”

He said it so matter-of-factly, it threw me for a loop. Then again, it seemed like a win-win for me.
“If you win,” he continued. “You give me a sponge bath.”
“Who said I’d want to give you a sponge bath?” I totally did.

“Seriously? Have you seen me?”

I almost choked on the arrogance floating around the room. But in all honesty, I liked it. Too much. A guy who knew who he was and what he wanted turned me on. It’s what I was drawn to. What I normally sought out. I nodded toward the vodka. “Where’d you get it?”
“My buddy Avery smuggled it in.”
“All in an effort to get me drunk?”

His smile spread wide. “All in an effort to get you drunk and give you a sponge bath.”

“Ever think of just asking?” 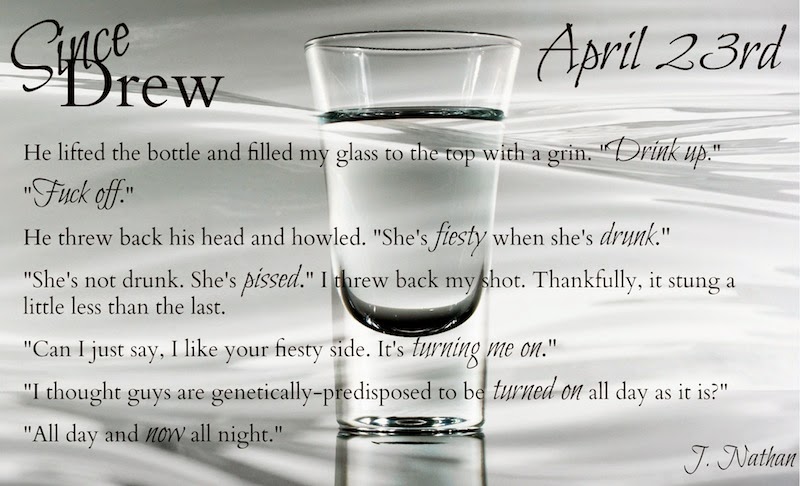