The week of March 7-12 was a good one. It included a new release from a debut author, a couple contemporary favorites, some paranormal favorites, and, in honor of the time change this weekend, a couple time-traveler favorites too.  You even ended up getting a couple extra recommendations out of me during Thursday’s double-double-header features (2 sets of First- and Last/Most Recent- in a series) after I forgot to post a featured book on Wednesday.

So let’s get to the round-up of this week’s daily featured books!

A NOT-SO-INNOCENT SEDUCTION by Janice Maynard

About the book:
Caught between desire and duty, he's found the one woman he can't have… 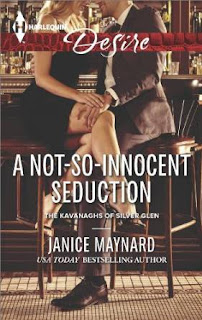 Responsibility is all Liam knows. As the oldest Kavanagh son, he's overseen the family empire since his father's disappearance. Duty means everything to him…until he meets Zoe Carmichael.

She breezes into his hotel, lighting up everything around her, stirring up trouble—and tempting him beyond reason. He knows she's hiding something beneath that free spirit—but he wants her anyway. He tells himself he can give in to desire and fulfill his Kavanagh duties. But when her family secrets come to light, will he sacrifice all he holds dear to save her?

This is the first book in the Kavanaghs of Silver Glen series, each book features on of the seven Kavanagh sons. Currently books 1-6 are available, with book 7 due to be released sometime during 2016.

Begin your love affair with the Kavanagh’s with A NOT-SO-INNOCENT SEDUCTION today… Get your copy here!

About the book:
Welcome to Gate City, Virginia, a small town with literal charms!
SAVE ME...

When the firehouse manned by winsome Weres, sexy Shifters, and delectable Dragons requires a new engine for their truck, sultry Siren and local bar proprietor Rena Karahalios, offers to organize a benefit to help raise the money—and perhaps spread some harmless community-wide debauchery in the process... 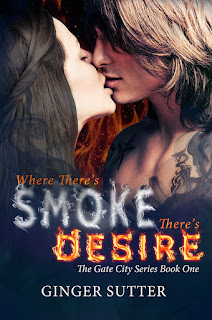 It took some doing, but Rena's schedule would provide the perfect balance for commingling mortals and Supernaturals without overtly risking exposure to the mortals. Then, days before the event, Rena finds herself in need of two extra bodies. Luckily, the lure of alcohol and a well-played hustle allows her to draft her two best friends, Leine O'Quinn and Ava Nassar, a Pooka and a Succubus respectively, and the crisis was averted.

So, what's the event? Speed dating! The epitome of a little less talk and a lot more action! And when the room is filled with hot men and gorgeous women, the possibilities are endlessly...steamy!

This is the debut release from this author and earlier this week I posted an INTERVIEW with Ginger Sutter and a REVIEW of this story.

If you’re looking for a quick hot read, then don’t miss WHERE THERE’S SMOKE THERE’S DESIRE… Get your copy now!!

~~THE SERIES FIRST- AND LAST- (OR MOST RECENT) RELEASES DOUBLE HEADERS~~ 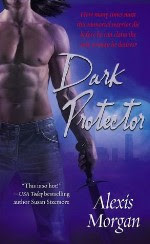 About the book:
Devlin Bane: Born a Paladin, he is a member of an ancient band of warriors locked in a centuries-old war against evil.

His destiny: To die over and over again to protect mankind from the Others, only to be revived each time by his mortal Handler.

But his fierce strength and courage cannot save him from gradually becoming one of the monsters he was born to destroy.

Dr. Laurel Young, who has spent years training to become a Handler, must remain detached from her patients. But each time she revives the darkly compelling Devlin Bane, he claims a little more of her soul and incites in her desires that grow wilder and wilder -- even as he inches closer to losing his humanity. As the war against the Others grows more desperate, Laurel and Devlin can't help but give in to the fierce hunger that's sizzled between them for so long. Now they'll face the ultimate battle together -- to save a dark, passionate love that goes against every rule as they join forces to fight an enemy who is closer than they ever imagined....

Discover the world of these Paladins (and begin an adventure of a life time with them) in DARK PROTECTOR today – get yours now! 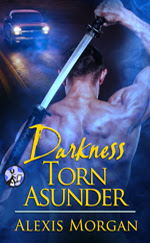 What it’s about:
Continuing the sexy, paranormal Paladins series where Darkness on Fire (book 9) left off, this original e-novella features larger-than-life warriors in a secret army that battles evil in the modern world.

Fifteen years after Emmett Stone was unjustly imprisoned for a brutal attack, the true aggressor came forward to tell the truth about that fatal night. Shortly before Emmett’s release from prison, he’s visited by two men who understand his strange ability to rapidly heal from anything, and why he’s driven to protect those around him. And they have a very unusual job offer for him…

When Emmett cuts his hand at work, his boss insists he go to get stitched up. To keep up the charade of normalcy, Emmett goes to the free clinic, where he meets Jana. Instantly drawn to her quiet beauty and caring nature, he vows to protect her at all costs. But will his fierce protectiveness and hidden secrets cause Jana to run?

Get this most recent Paladins release now to catch up with some of your favorite characters and jump back in to their world in DARKNESS TORN ASUNDER! 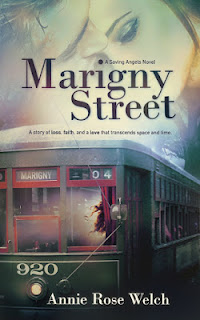 About this book:
Do you believe in the power of dreams?

Way down south on Marigny Street in the heart of New Orleans, the land of Catholic intercessions, purgatory, and supernatural superstitions, young Evangeline Chenier dreams of a radiant boy who saves her from a storm. She takes the dream seriously – in her family, dreams are sometimes more than dreams. Sometimes they foretell the future. Sometimes they create it.

Years later, Eva is no longer the same wistful girl but a hardened woman who no longer believes in dreams. Losing faith in her gift, she becomes lost in a nightmare of emotion, mourning her son, separating from her husband, and stewing in a dead-end job. And then fate brings her an unlikely surprise: one of the most famous movie stars in the world, Gabriel Roberts.

Caught by something in his eyes, Eva agrees to show him the real Big Easy on his last night in New Orleans—an evening that turns into four dreamy days spent recapturing lost faith and discovering a love neither expected. Realizing Gabriel is the boy from her childhood dream, Eva must leave everything behind—her husband, her family, her history, and the beautiful city she calls home—and gamble it all for the dream that has saved her on MARIGNY STREET.

I fell head-over-heels in love with the Saving Angels series after just the first chapter of this book.  I’ve been working my way through reading all of them since I read it for the first time last fall. You can see my REVIEW of this book here.

Get your own copy of MARIGNY STREET here… You won’t be disappointed. 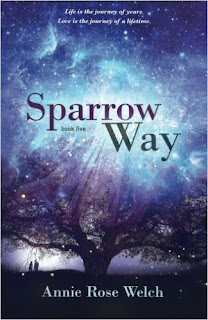 About this book:
The final journey of the Saving Angels series has come to an end. All roads have led you to….

“What’s the address?” she asks.
“Eleven Sparrow Way.”
She closes her eyes for a moment. “I like that. Our journey has flown us here, flown us home….”

Gabriel Roberts found his happily ever after at The Crossroads of his life. He found his brother, Michael, his history in the Legion, and the love of his life, his Evangeline. He has finally arrived at the place he always yearned for—home.

But time stops for no one; not even an angel.

For years Gabriel has guarded what is most precious to him, Evangeline and their transcendent love story. When the opportunity presents itself in an unexpected way, Gabriel decides to tell his story, and in doing so, answers the riddle of his heart: If life is the journey of years, perhaps love is the journey of a lifetime?

I’m currently reading this title. I love it, every page. It is tremendously touching and an ever-emotional read…

Make sure you’ve got tissues ready while you read your own copy of SPARROW WAY. Get yours today.

BEYOND THE HIGHLAND MIST by Karen Marie Moning

About the book:
He would sell his warrior soul to possess her. . . . 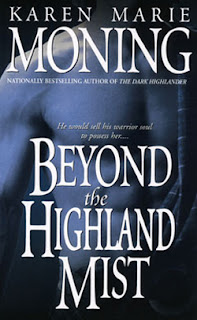 He was known throughout the kingdom as Hawk, legendary predator of the battlefield and the boudoir. No woman could refuse his touch, but no woman ever stirred his heart—until a vengeful fairy tumbled Adrienne de Simone out of modern-day Seattle and into medieval Scotland. Captive in a century not her own, entirely too bold, too outspoken, she was an irresistible challenge to the sixteenth-century rogue. Coerced into a marriage with Hawk, Adrienne vowed to keep him at arm's length—but his sweet seduction played havoc with her resolve.

A prisoner in time...

She had a perfect "no" on her perfect lips for the notorious laird, but Hawk swore she would whisper his name with desire, begging for the passion he longed to ignite within her. Not even the barriers of time and space would keep him from winning her love. Despite her uncertainty about following the promptings of her own passionate heart, Adrienne's reservations were no match for Hawk's determination to keep her by his side. . . .

Who doesn’t love a strong, passionate Highlander? Start the journey of a lifetime, and find yourself a Highlander, in BEYOND THE HIGHLAND MIST today! 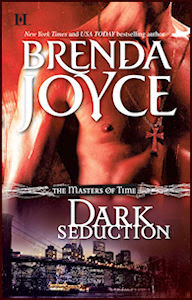 What it’s about:
Malcolm of Dunroch is a newly chosen Master, a novice to his extraordinary—and dangerous—powers. But he has already broken his vows—and a young woman's death is on his hands. Malcolm is determined to fight his darkest desires, denying himself all pleasure…until fate sends him another Innocent, the beautiful bookseller Claire Camden.

Since her mother's murder, Claire has done everything possible to make a safe, secure life for herself in a city where danger lurks on every street corner, especially in the dark of night. But nothing can prepare her for the powerful and sexual medieval warrior who sweeps her back into his time—a treacherous, frightening world where the hunters and the hunted are one and the same. Claire needs Malcolm to survive, yet she must somehow keep the dangerously seductive Master at arm's length. For Malcolm's soul is at stake—and fulfilling his desires could prove fatal….

Journey through time and fall in love with the Masters of Time. Over and over, and over again. Get your copy of DARK SEDUCTION now!

Well I hope you’ll check out some, if not all of these titles and that you’ll love each and every one of them as much as I have through the years.

And don’t forget that you can see the Featured Books of the Day each day as they are shared on my Facebook Page!