Here we are again rounding up the books featured on our social media sites this week and putting them all in one place, one list... Just for you.

It's basically been a week of paranormal romance and fantasy.

Hope you enjoy and happy reading! 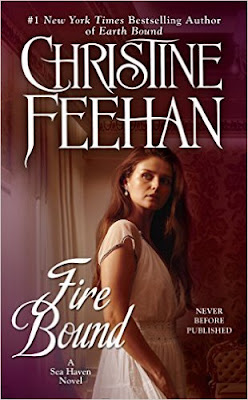 Flame-haired Lissa Piner is a skilled glass blower whose delicate gift conceals a burning inner strength that can destroy as exquisitely as it can create. Commissioned to design chandeliers for a string of luxury hotels, her remarkable skills have taken her to Italy. But Lissa’s real mission there is a secret. For her entire life has been a lie, leading to a chance to avenge a terrible wrong.

Enlisted as her bodyguard is Casmir Prakenskii, a trained assassin living off the grid. In Lissa, he sees a kindred spirit—something unexpected and wicked, mysterious and sensual. But more than desire is about to bring them together: because both of their pasts cry out for revenge. And for two people with this many secrets, this much passion, and this many enemies, someone is bound to get burned.

Released this Tuesday, FIRE BOUND takes us back to Sea Haven - filled with magic, mystery and love that's soul deep. Get your copy and fall in love! 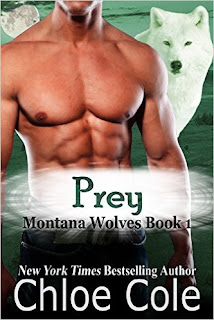 When a gorgeous stranger rescues her from a vicious wolf attack, curvy nature photographer Amalie Baptista can’t seem to fight the attraction to her savior. What she doesn't know is that giving in to him could mean giving up life as she knows it...
Alpha male Liam Albrecht is breaking every rule for the curvy, captivating Amalie, risking his place within the pack and his own life to protect her. As discord among the clans reaches a fever pitch, he must find a way to save her from the monsters among them.

Enter Cole’s world of wolf-shifters and more in PREY today for FREE! 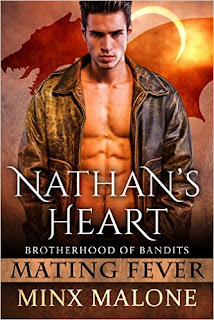 Nathan Drake cares about only one thing. Money. As a recovery agent (cough thief) he'll take any job that gets him the green. His brothers don't call him Heartless for nothing. But a heart doesn't keep food on the table. Living on the outskirts of dragon shifter society has taught him that. Whether it's drugs, jewels or weapons, he'll recover whatever the client wants, for his cut of the loot of course.
Until the night a storm pushes him off course and he’s forced to take his cargo back to his den. Locked inside fighting the mating fever he discovers the crate isn’t filled with diamonds or jewels at all. Instead it contains the one thing he can’t ignore.
A girl.

In this world where dragon-shifters are known to exist, rumors swirl widely, an unworthy dragon king rules and the rightful heir is almost ready to step up. Discover the Bandits and feel the fevers heat in NATHAN’S HEART today. 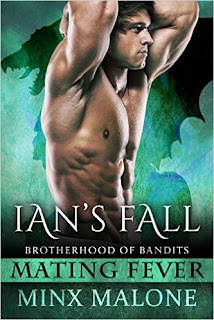 When Ian Drake is shot down after visiting dragon territory, his only thought is to warn his brothers of the coming danger. Attacked with some kind of chemical weapon, he is unable to shift into his dragon form. For the first time in years, the protector finds himself vulnerable and his salvation comes in a form he’d never expect.
A woman.
Morgan Hall is not beautiful or charming but armed with her knowledge of herbs and her healing touch, she’s vital to her small community in the Virginia mountains. She leads a quiet life but one filled with purpose. Nothing exciting ever happens to her and she’s okay with that.
Until a dragon crashes into her backyard.

The Drake brother’s stories continue in IAN’S FALL (picking up right where book 1 of the series finished off)… Get your copy today and have fun with these dragon-shifters. 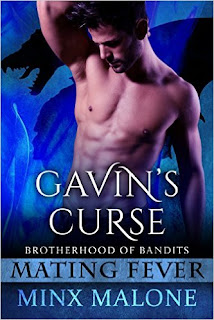 Gavin Drake has spent years mourning the mate he lost far too young. After a lifetime of searching he’s finally discovered how to break the mate bond. Despite the risks, he’s determined to test it on himself, figuring nothing could be worse than continuing to live without the other half of his soul. Until he takes the serum and discovers that there is something far worse.
Discovering that his mate is alive and has chosen not to be with him.
Kia Warren has spent her entire life at the mercy of her madman of a father, subject to his experiments and hidden away from the world. Her only solace has been in the imaginary love of her dreams that she is starting to suspect is very real…

The last of the Drake brother’s has his day and we find out how he fares in GAVIN’S CURSE – get your copy today! When Alex finds out he is Unwanted, he expects to die. That is the way of the people of Quill. Each year, all the thirteen-year-olds are labeled as Wanted, Necessary, or Unwanted. Wanteds get more schooling and train to join the Quillitary. Necessaries keep the farms running. Unwanteds are set for elimination.

It’s hard for Alex to leave behind his twin, Aaron, a Wanted, but he makes peace with his fate—until he discovers that instead of a “death farm,” what awaits him is a magical place called Artimé. There, Alex and his fellow Unwanteds are encouraged to cultivate their creative abilities and use them magically. Everything Alex has ever known changes before his eyes, and it’s a wondrous transformation.

But it’s a rare, unique occurrence for twins to be divided between Wanted and Unwanted, and as Alex and Aaron’s bond stretches across their separation, a threat arises for the survival of Artimé that will pit brother against brother in an ultimate magical battle.

Another wonderfully imaginative book that parents, children and teens can share and enjoy together or on their own. Get your own copy of the THE UNWANTEDS today.

~~~~~~~~~~~~~~~~~~~~~~~
And there we have it. This week's featured books. Please note that the Ups & Downs Shop will be completely updated once this post is live and as always you can find ALL the books that have been featured. But please remember that some of the sales and free books are offered for a limited time only - the books will remain as featured but the initial sales/freebies may have expired.

Next week the books of the day will begin to be shared daily here on the blog - I'm changing this because of the way that FB policies have changed so that I can continue to promote and share books to you all.