Thursday Throwback - Featured Book of the Day... ONLY BELOVED 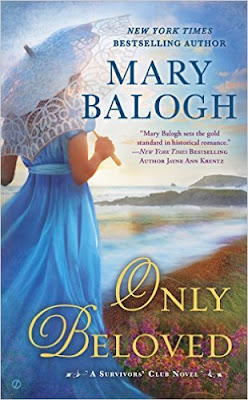 For the first time since the death of his wife, the Duke of Stanbrook is considering remarrying and finally embracing happiness for himself. With that thought comes the treasured image of a woman he met briefly a year ago and never saw again.
Dora Debbins relinquished all hope to marry when a family scandal left her in charge of her younger sister. Earning a modest living as a music teacher, she’s left with only an unfulfilled dream. Then one afternoon, an unexpected visitor makes it come true.
For both George and Dora that brief first encounter was as fleeting as it was unforgettable. Now is the time for a second chance. And while even true love comes with a risk, who are two dreamers to argue with destiny?

What’s better for a Thursday Throwback than a romantic trip back in time… You know, a really great historical romance can simply bring new color to your world.

ONLY BELOVED finishes off the Survivors Club series and is a wonderful addition to any historical romance readers shelf – get your copy of this brand new release today!
Posted by LD Ferris at 3:43 PM