The Ever Growing TBR Pile...

There are a number of authors who I follow like a starving dog in search of it’s next meal. Be honest – we’ve all got those few writers who we buy new books from without thought, without question and without debating the cost. For me they are for the most part the “big name” prolific, basically universally known authors. But they are also the authors who hooked me to reading and most specifically to the romance genre (and all it’s subgenre classes) in the first place. So every couple weeks/months I’ll spend some time online searching out recent, new and upcoming releases and either purchase or pre-order them, or input important dates on my calendar.

Today was one of those days that I took the time to check up on what my must-read authors have on their schedules and I’m going to share some of the results of the search. But I also want to know what some of your must-read authors are too… Who are they? And what recent, upcoming or new releases do they have?

Some of my must-read authors upcoming, new, or recent releases:

Year One
Chronicles of the One book 1
Nora Roberts
released: December 5, 2017 (hard cover) 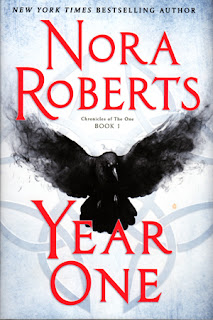 It began on New Year's Eve.

The sickness came on suddenly, and spread quickly. The fear spread even faster. Within weeks, everything people counted on began to fail them. The electrical grid sputtered; law and government collapsed and more than half of the world's population was decimated.

Where there had been order, there was now chaos. And as the power of science and technology receded, magic rose up in its place. Some of it is good. Some of it is unimaginably evil, and it can lurk anywhere, around a corner, in fetid tunnels beneath the river or in the ones you know and love the most.

In a world of survivors where every stranger encountered could be either a savage or a savior, none of them knows exactly where they are heading, or why. But a purpose awaits them that will shape their lives and the lives of all those who remain.

The end has come. The beginning comes next.

An epic of hope and horror, chaos and magic, and a journey that will unite a desperate group of people to fight the battle of their lives. 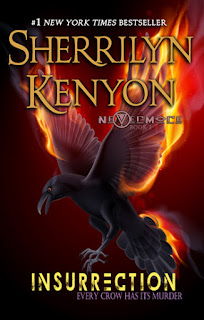 The virus ran swiftly on the hot summer breeze. Unseen. Unheard. Unknown. It swept through the entire earth in a matter of months, having mercy on no one. Young–old–it didn’t matter. Brought to us by the Drabs, it was the last thing we expected. But the Drabs knew. They even fought a war over whether or not they should save us.

In the end, it was decided that we were diseased insects who were unfit to breathe their air.

So they left the human race to die a miserable death of agonizing pain. Left us with no doctors or medicine. Their plan was to rid the earth of us and to take our home as their own. What they never expected was the change that would come after the plague. We didn’t all die as they’d planned. Those under the age of twenty somehow managed to survive the disease.

We managed to pull through it, even alone, and we learned to hide ourselves while our bodies changed. Still human, but now something else. Something more powerful. More intuitive.

We’re still here, on this earth, and we’re not leaving. This is our home.

Drabs take note and learn to be afraid. You’ve had a hundred years here on earth, but now your time here is done. You called us rodents. Insects. Diseased animals. The scraps of humanity–and that, my Drab friend, we certainly are. But what you should have realized is that you can’t kill a Scrap. Humanity isn’t dead. Not by a long shot. We still have our soldiers and we have our conviction.

Most of all, we have hope.

And we will win in the end. Whatever it takes. Whatever it costs. We won’t allow you to take our planet from us. So count your days, Drabs.

The war is on. 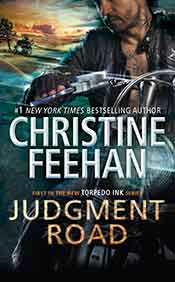 A brutal education in a Russian training facility for assassins has taught this group of men one thing: It's a long road to redemption.

As the enforcer of the Torpedo Ink motorcycle club, Reaper lives for riding and fighting. He's a stone-cold killer who turns his wrath on those who deserve it. Feelings are a weakness he can't afford--until a gorgeous bartender gets under his skin. . .

Near Sea Haven, the small town of Caspar has given Anya Rafferty a new lease on life. And she's desperate to hold on to her job at the biker bar, even if the scariest member of the club seems to have it out for her. But Reaper's imposing presence and smoldering looks just ratchet up the heat.

Anya's touch is everything Reaper doesn't want--and it brands him to the bone. But when her secrets catch up to her, Reaper will have to choose between Anya and his club--his heart and his soul. 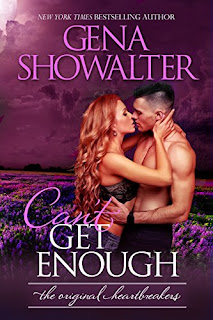 The king of one-night stands…

To inherit–and destroy–his father’s business in the end, Brock Hudson needs a temporary wife.  The ruthless ex-military heartthrob has at all times shyed away from romantic entanglements.  Women are sweet, but vengeance will be sweeter.  Or so he thinks. Only one woman will do, but the vulnerable beauty is more than he bargained for—sexier, wittier, and utterly impossible to resist.
The queen of the deep freeze…
After an abusive first marriage, Lyndie Scott has sworn off relationships.  But still she longs for a kid of her own.  Turns out, the brawler who used to frighten her with only a glance is the answer to her problems.  She has the same opinion to his proposal, with a caveat: spend each and every night in bed with her, then walk away for good when it’s time to divorce. Even though she’s pregnant.

A marriage of breathtaking inconvenience…
As the days pass too quickly and the nights heat up, Brock battles a sense of possession and obsession. Will the former commitment-phobe convince his wife they’re at an advantage together, or will she pack her bags and go?

The Lady By His Side
Devil’s Brood book 1

The Greatest Challenge of Them All
Devil’s Brood book 3
Stephanie Laurens
released: 2017

The books of the Devil’s Brood Trilogy – one of the collections that feature the second generation of Cynster men and women. These ones came out early-mid last year but 2017 was a busy year for me (I did have a baby in May 2017 after all) and I completely missed them!! Stephanie Laurens’ series have long been favorites of mine and I love – absolutely LOVE – that here again in the Devil’s Brood Trilogy we’re seeing characters from several of the older, much loved (by me) series. I have talked before about how one of the things I love most about Laurens’ series is that her separate series will on occasion intertwine – characters from The Cynsters are found in The Bastion Club novels and in The Black Cobra Quartet stories, and that’s just one example.

To see more about these books, and all the others, please visit Stephanie Laurens Website.

So there you go, there are some of the books that have been (or will be shortly) added to my always growing To-Be-Read pile. Remember what I asked you earlier – What are some of your must-read authors … Who are they? And what recent, upcoming or new releases do they have?

Here’s one more question: What’s the title of the last book you purchased – paper/hard or e-book?
Posted by LD Ferris at 3:34 PM