It's a COVER REVEAL for The Fading Dusk: Smoke and Mirrors

The Fading Dusk by Melissa Giorgio
(Smoke and Mirrors #1) 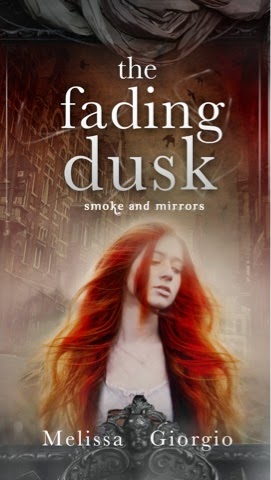 In the gritty city of Dusk, seventeen-year-old Irina makes her living as the street magician Bantheir’s assistant. The job isn’t glamorous, but she loves the crowds, the shows, and most of all, the illusion of magic. But Irina’s world is shattered the night she is arrested and charged as Bantheir’s accomplice to murder—murder by magic.

Real magic, the kind that’s been forbidden since the old wars.

Irina finds the idea of flashy showman Bantheir using actual magic to kill someone laughable, but she’s the only one who sees how ridiculous the claim is. But how can she convince everyone Bantheir is innocent when they’ve already made up their minds? Desperate, Irina must decide who she can trust to help her win her freedom. Is the surly, handsome Captain Leonid telling the truth when he says he believes Irina is innocent, or is he just using her to get to Bantheir? What about Aden, the sweet soldier and longtime fan of Irina’s who claims he’s on her side?

Irina said she wanted to know the truth, but when she stumbles across a dark secret that changes everything, will she be strong enough to survive? 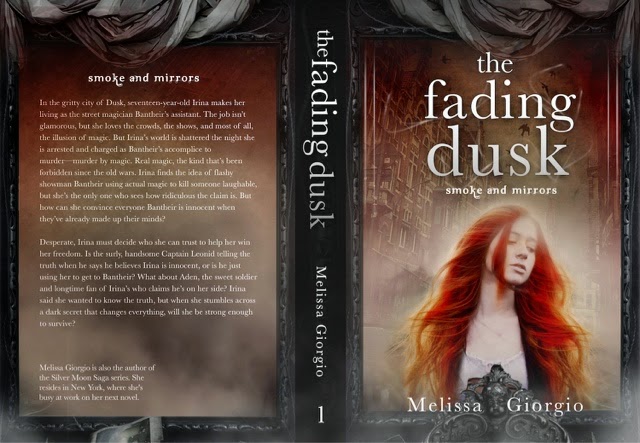 Goodreads: https://www.goodreads.com/book/show/24809058-the-fading-dusk?ac=1
AUTHOR BIO:
Melissa Giorgio is a native New Yorker who graduated from Queens College with a degree in English. She's always dreamed of being a writer and has been creating stories (mostly in her head) since she was a little girl. Also an avid reader, Melissa loves to devour thick YA novels. When not reading or writing, she enjoys watching animated films, listening to music by her favorite Japanese boy band, or exploring Manhattan. 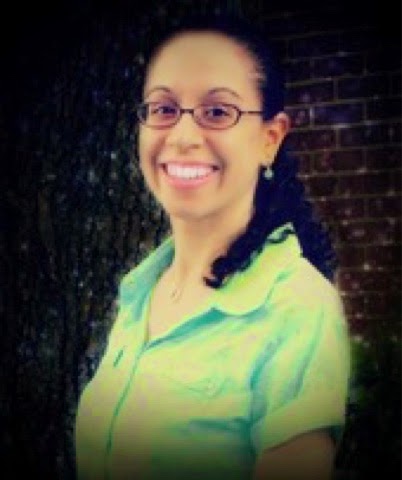 Look for the final book in the series, The Shadow Stealer, February 27th, 2015!