2-for-1 REVIEW of Voices and Whispers by R.E. Rowe 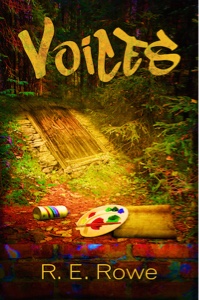 Synopsis:
In a small town in Arkansas, two lives that seemingly have nothing in common will converge and change each other forever.  A brilliant but tormented street artist and an ex-track star whose career was cut short by a heart condition.
Aimee DeLuca had a promising athletic career before her heart gave out during a high school track and field contest. Aimee struggles to find her way after spending time with a deceased grandmother during a near death experience. Reizo Rush is a street artist whose torment fuels his desire to add color to the gray walls of the city. But Reizo’s tagging and the two voices only he hears land him in perpetual trouble with both his teachers and the law.
During a chance encounter, the two quickly find out they have much more in common than love. When they stumble upon a century-old storm cellar hidden underground on Aimee’s uncle’s ranch, they unearth a cellar full of artifacts and a hundred-year-old Will. Once the news of the discovery leaks out, a drug-dealing teen and a mysterious soul named General are determined to bury the truth along with anyone who gets in their way.
Whispers by R.E. Rowe
The Reincarnation Series, #2 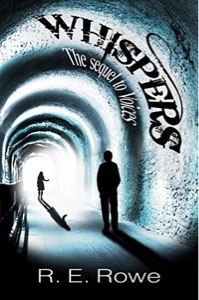 In this paranormal thriller sequel to Voices, the war to create a perfect reincarnation system begins.

General believes the existing system is already perfect: to know “joy” every soul must experience “suffering.” But a rogue soul named Carmina believes the system is outdated and flawed. She is determined to prove that joy can exist without suffering.

When Carmina and her team of reincarnated teenagers hack the system to change its outdated rules, Reizo is recruited to stop them. But Reizo could care less about rules or any ridiculous system until a mysterious soul named General leaves him no choice.

Follow Carmina, Reizo and Aimee in their extraordinary journey to make the reincarnation system perfect. 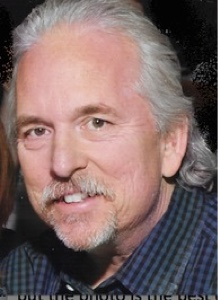 AUTHOR BIO:
When Rick isn't dreaming, you'll find him trying to discover why, figuring out how, uncovering ancient mysteries, writing a crazy fun middle-grade or young adult novel, inventing something seriously cool, or learning something new. He enjoys participating in science camps, writing conferences and talking to groups about creative topics such as the process of inventing, building worlds for science fiction and fantasy stories, and the importance of dreaming big.

Rick is a lifelong inventor and a named inventor on over one hundred patents. He has degrees in Avionics Systems Technology, Computer Science and an MBA from Florida Institute of Technology. His experience includes a wide range of engineering, technology development and management roles ranging from aerospace systems to gaming systems. He is a proud member of the Society of Children's Book Writers and Illustrators (SCBWI), the Delta Mu Delta Honor Society, and the Phi Kappa Phi Honor Society.

THE REVIEW
Reizo Rush hears voices. At school they call him the "Crazy Kid" because he tends to talk to himself and occasionally reacts over-enthusiastically and violently due to the voices he hears. Aimee De Luca was officially dead for more than 40 minutes. During that time she had an experience that would change her forever once she was returned to life.

WHISPERS picks up right where VOICES left off. Reizo Rush is mourning the loss of Aimee, who died at the end of the first book and the voices he's heard in his head for years have been silenced by meds. Yet, while he's finally got the quiet in his mind that he's always wanted and he still has his artistic skill and passion, he's not quite sure how to live without Aimee.

And then suddenly her voice is in his head too. And she's asking for his help.

Her plea for help leads him on the adventure of a lifetime, one not necessarily always good. But through his travels he meets Mack, Richard, Bree and an assortment of other characters. His old pals, those two voices in his head, return and he finally learns why he can hear them and how he's different from other people.

Everything he does is for his love of Aimee and for his mom.  When they're threatened, he reacts, and when he reacts, he discovers some truly amazing things about himself.

This is one of those books that when I finished reading it, I had to take a minute and just absorb the feelings that surrounded me - my own and the ones that emerged from the book. I've lucked out recently and stumbled upon, or had placed in my path, several extremely great books that have wowed me. WHISPERS by R.E. Rowe, and its predecessor VOICES, are two such books.

I don't know if I can even begin to pinpoint the things in these books that I love. Really, it's not just one thing, or even a couple of things. It's not one character, though I do love Reizo. It's not the basis of the story line - do the rules of reincarnation need to be revamped? - though I really find the whole story line utterly fascinating.  It's not any one thing but all of them entangled together to make an unforgettable story of love, life, loss and joy, and what we can do to truly experience the journey.

If you're looking for a new read, I whole-heartedly recommend both books in the Reincarnation series by R.E. Rowe - book one, VOICES, and book two, WHISPERS.
Posted by LD Ferris at 8:00 AM