Here's What We've Been Featuring

Everybody hits a reading slump every once in a while. Whether you can't find a book that really interests you, or you're simply looking for something different than what you've been reading - maybe we've got something here to wet your (reading) appetites...

As always the Featured Books of the Day are added to our Facebook and other social media pages daily throughout the week and then on the weekend we post the complied list of titles and book info here on the blog. All the books we've featured are also added to the Ups & Downs Shop each week and the store is now up-to-date.

I hope you'll find something to read from our lists. And as always - enjoy!

Within the Black Dagger Brotherhood, Rhage is the warrior vampire with the strongest appetites. He's the deadliest fighter, the most voracious lover, the quickest to act on his impulses. He's also been cursed with two hundred years of hell. Possessed by a beast, he lives in fear of the times when his inner dragon comes out and he's a danger to everyone around him.

Mary Luce has unwittingly found herself in the vampire world, and under Rhage's protection. With her own life-threatening curse to bear, she's not looking for love. Besides, she's stopped believing in saving grace and miracles long ago. But when Rhage's intense sexual attraction turns into emotional bonding, he knows he must have her for his mate. As their enemies close in, Mary finds herself praying for something she fears she’ll never have: life eternal with the one she loves.

If you’re like me and you love paranormal romance, vampires and mystical worlds, you will love the Black Dagger Brotherhood series – and you will definitely love Rhage and Mary. Discover their love story for yourself first in LOVER ETERNAL.

Want to start the series at the beginning? Then you need DARK LOVER – the book that starts it all. Where we meet Wrath, Rhage, Vishous, Phury, Zsadist, Thorment, Butch and Bella, the women who inadvertently changes their whole world. 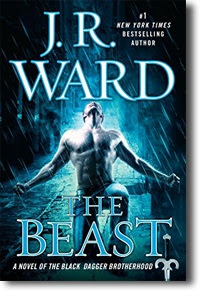 Nothing is as it used to be for the Black Dagger Brotherhood. After avoiding war with the Shadows, alliances have shifted and lines have been drawn. The slayers of the Lessening Society are stronger than ever, preying on human weakness to acquire more money, more weapons, more power. But as the Brotherhood readies for an all-out attack on them, one of their own fights a battle within himself…

For Rhage, the Brother with the biggest appetites, but also the biggest heart, life was supposed to be perfect—or at the very least, perfectly enjoyable. Mary, his beloved shellan, is by his side and his King and his brothers are thriving. But Rhage can’t understand—or control—the panic and insecurity that plague him…

And that terrifies him—as well as distances him from his mate. After suffering mortal injury in battle, Rhage must reassess his priorities—and the answer, when it comes to him, rocks his world...and Mary’s. But Mary is on a journey of her own, one that will either bring them closer together or cause a split that neither will recover from...

The latest book in the Black Dagger Brotherhood series and a brand-new release this week! THE BEAST brings us back to Rhage and Mary and the unthinkable question of whether their eternal love is truly a happily ever after. Together for the first time in a convenient ebook bundle is the complete Navy SEALs series, featuring a few good men who will stop at nothing to fight for the women they love:

Get this series today and fall in love with these SEAL heros and traverse the dark world that they fight with each mission. 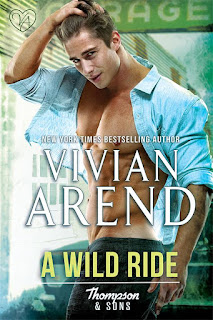 He’s the golden boy with a secret past

When Nicole Adams abruptly cancels their secret fling, Troy Thompson is stunned. The sex between them is sizzling, but she’s ready to move on—find a reliable guy, settle down, pop out a few babies. The thought of Nic in another man’s arms is maddening. And while her agenda freaks him out, Troy knows there’s no one in town nearly good enough for her. No one, that is, except him.

She’s his redemption and his future

Nicole doesn’t regret her sexual romp with Troy, but when he insists on taking the next step with her—marriage and parenthood—she figures he’s out of his mind. Troy? Husband and daddy material? Oh, he’s sexy beyond belief, with the ability to melt her panties with a single command, but the man’s not known for being responsible. Trying for forever with Mr. Frivolous? Everyone thinks it’s a fool’s game.

Everyone except Troy, who’s determined to make Nicole see the real him under the shiny exterior.

Don’t miss out on A WILD RIDE with this Thompson son and the woman who fits him to the bone –Pre-Order Your Copy Today! (releases April 19, 2016)

Want to start at the beginning of the series and discover just how hot the Thompson & Sons books can be? Get book 1 of the series ROCKY RIDE now!
WOLVES OF THE BEYOND: LONE WOLF by Kathryn Lasky
Book 1 of the Wolves of the Beyond Series
~A Saturday's With Princess Novel~ 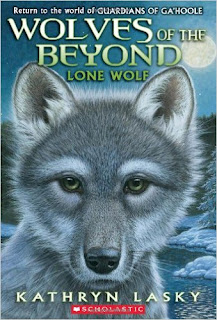 In the harsh wilderness beyond the owl world of Ga'Hoole, a wolf mother hides in fear. Her newborn pup, otherwise healthy, has a twisted paw. The mother knows the rigid rules of her kind. The pack cannot have weakness. Her pup must be abandoned on an icy riverbank-condemned to die.

But alone in the forest, the pup, Faolan, does the unthinkable. He survives. This is Faolan's story, the story of a courageous wolf pup who rises up to change forever the wolves of the Beyond.

Get yourself a great book to read with (or to) the kids and get your copy of WOLVES OF THE BEYOND: LONE WOLF today!

And this week we introduced a Featured Movie of the Day too!
OVER THE HEDGE 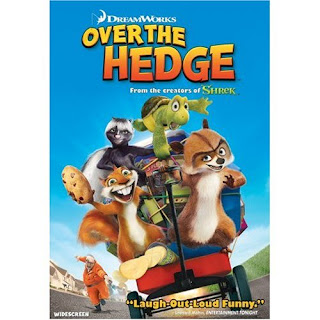 About this movie:
The manicured lawns and overstuffed garbage cans of suburbia become a buffet for woodland creatures in Over the Hedge.
This kid friendly movie is great for everyone young and old. OVER THE HEDGE is a perfect Family Movie Night video for your family!