Say Hello to a New FAOM!

Back when I introduced this Featured Author of the Month thing to you all, I mentioned that part of the idea grew out of the ‘Author of the Day’ Facebook promotion I’d done back in August of 2015. I had a lot of fun doing that daily promotion and meeting tons of indie authors. Fast forward a couple years and there are some of those indies that I’m still in weekly, if not daily, contact with. I’ve read multiple books from many (most?) of them and still follow all of them on social media as best I can to keep up with their work, writing life, and releases.

One of the authors I met during that summer was a new indie author who (at the time) was preparing for the launch and release of her debut novel. She was new to the game and as nervous, scared and excited as I imagine anyone is when their first book baby is about to be shared with the world. In the more than two years since then, she’s gone on to write the second book in her series and is now preparing to release the third book – don’t worry, I’ll be telling you all about the books this month.

Allow me to introduce or re-introduce to you all
Rebekah Raymond! 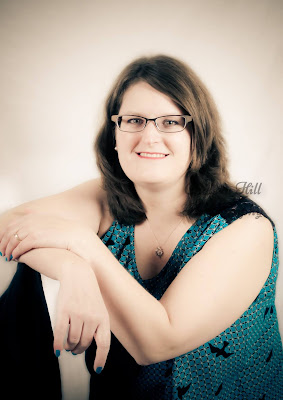 Best known for her thriller The Life’s series and her “half-baked truths” (read aloud at the local Open Mic Night), Raymond has a reputation of being overly kind and generous with sharing whatever knowledge and connections she has with other Indies.

Raymond is a proficient writer, working at her writing for hours nightly. She attributes her wildly disconnected plots and vivid characters to automatic and dissociative writing.

She is a member of NaNoWriMo and relies on the support of other excellent writers from the Alexandra Writers’ Centre Society.

Rebekah is one of the authors I remain in pretty consistent contact with and though she doesn’t write romance, her The Life’s series books have always had just the right touch of romance to thoroughly engage me. The thrillers are ones that I’ve devoured happily and have even given to friends and family members as gifts.  I’m truly looking forward to a month of telling you all about Rebekah Raymond and of sharing her books and other works with you.

And I may have come up with a couple new ideas of ways to share all of this with you too?!? Stay tuned… hopefully Rebekah agrees to help me out! LOL!

In the mean time you can find and follow Rebekah online at: